I guess that's true. But I think she said something like her father had gotten it for her from the Capitol, or somewhere. I remember she didn't say he had bought it in the local market.

The pin originally belonged to Madge's aunt, who died in the 50th Hunger Games. It was never mentioned where she got it.

Oh yeaah! I remember now. Maybe it could be an heirloom, though it still seems weird for me. I dunno, I just can't really wrap my head around it.

Keep in mind, not everyone is as poor as Katniss' family; those who live in the Merchant district probably have a few nicer items. They likely don't have a store just for jewelry, but there's probably a case of fancy items for sale in one of the shops. Just because the focus is on someone who can't afford these things doesn't mean they don't exist.

So . . . with the movie coming out, will the club be revived?

I think that'll depend on if Harry decides on logging back on.

Hey guys! I'm sorry I haven't logged in in such a long time...I've been really busy. But tell me, did any of you go see the movie? I did and I was a little disappointed... 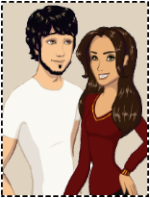 Hey Harry! I saw the movie, and thought it was all right. Given the way some adaptations have been handled, it was better than most, all things considered. I do wish they'd given us Rue's song in full, and the bread from 11, but enjoyed the additional scenes with Haymitch.

i thought it was really good, some things i didn't like, like the uprising in 11, and how they suggested that Crane was killed. but loved the game makers HQ, that really helped you understand things.

Well, it was established in the books that Snow had Crane killed; the movie only expands on the how.

Saw the movie too! Found it kind of disappointing that Madge wasn't there, and I really wish they had elaborated more on how Peeta had helped Katniss with the bread and everything. I agree with Sandy on the game maker's HQ, that was really nice. I also didn't like how they didn't really emphasize on the mutts and like, how they were supposed to be similar to the tributes. That's what had made them so creepy. Also, there was no Darius, or the avox Gale and Katniss had met in the woods.

Who is your
favorite character?: PEEEEETTTTAAAA.

Are you planning
on watching the
upcoming movie?: Already did

EDIT : I cried when Rue died, it was so sad.

Name: Clove
BABV Name: ClovisSmooth
Books Read: All of them. Twice. XD
Who is your
favorite character?: Clove
Are you planning
on watching the
upcoming movie?: I already have 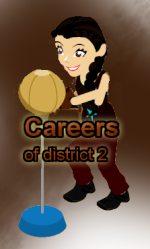 Name: Sandy
BABV Name: sandyverybeary3
Books Read: All Three
Who is your favorite character?: Annie Cresta
Are you planning on watching the upcoming movie?: already did.

Name: debbie
BABV Name: debbiedecembear1
Books Read: 2/3 im currently on the last book
Who is your
favorite character?: Rue!!!
Are you planning
on watching the
upcoming movie?: yes