my story that i wrote part 3

my story that i wrote part 3

part1
It was 1941 December 4th in San Diego,California on the last day of school because of our Christmas vacation. Sarah, Anthony, and I were talking about what we're gonna do during the holidays. Sarah and I were going open presents for Christmas, then blow noisemakers and watch fireworks during the New Years. Anthony was going to Pearl Harbor in O ahu, Hawaii. At the end of the day, Anthony,Sarah,and I rode home in Sarah's mom's, Mrs. Tang, car. I had a sad look on my face because Anthony was leaving in a few days. I knew Anthony since preschool and ever since then i really really like him. While Anthony was talking about something, I was thinking about the gift i was gonna give him for Christmas. Thinking about what he will think. Probably stupid. Then I started imagining about News Years day at night. Just me and Anthony watching fireworks ALONE! Then some random stranger started calling my name. "Izzy? Izzy?" I was wondering, where did the stranger come from? "IZZY!?!?" Poof! I'm back in Mrs. Tangs car. Turns out Sarah was calling me 'cause we were at my house. I said bye to Anthony and Sarah while I walked to my doorstep."Izzy?!?!" called Anthony. I turned around. "Yeah?" He looked sort of nervous. "Um never mind." I rolled my eyes and smiled. "Sometimes I don't understand you" He smiled back at me. "See you later Izzy." "Bye." The next day, I rode my bike to Sarah's house, so me and her can go to the park. Once Sarah and I got there, we got some pebbles and then followed the path to the neighborhood lake. The lake was sparkling like a star in the night sky. My eyes shined. Sarah grabbed a pebble, threw it in the lake, and made a wish. Her wish was to have chocolate cake with frosting. I grabbed a pebble and threw it into the lake. My wish was for Anthony not to go to Pearl Harbor.

December 6th was the day that Anthony was going to to Oahu, Hawaii. I rode my bike his house to say goodbye and to give him his present. Once i got there, he spotted me. "Hey Izzy" Anthony dropped his bags and ran up to me. "Hi Anthony" I said with a smile Smile "I was going to stop by your house before i go ,but your already here. That's good too."I l giggled "Hey Anthony, I have something I want to give you." "What's that" I took out my present from the basket attached to my bike. It was scrapbook of old and new pictures from 1934-1941. I was scared of what Anthony was thinking of.He opened to a page of a book. His words were coming out of his mouth."I remember this picture" he said. "this picture was taken a the Valentines Day party in preschool. That Day was fun, but weird because some girl kissed me on the cheek than ran off. I still don't know who it is." I remember that day too. I was that girl. I ran off because i didn't want him to know i like him. "Izzy,there's something I wanted to give you too" Anthony gave me a diamond necklace with and A for Anthony. I was in shock. "How did you afford this" "saved up for years" "umm..wow" "yeah. Izzy, i really, really like you" i started to cry. " i like you to. And for the record i kissed you on the cheek" He smiled and then got a little closer to my face. And closer, and closer and you get the idea. Beep! Beep! That was Anthony's mom. "well bye, Izzy" he said kind of sad. " bye Anthony." Anthony got in his car, and left. On this way to the airport. I got my bike and rode to Sarah's house. I knocked on sarahs door. She saw tears in my eye. "what happened?" I told her the whole story and showed her the necklace. Mrs.Tang saw me on the frount porch. "Hi Isabell. Do you want to come inside for some cookies?" i nodded. Ding! The oven just went off. I walked in the house and the smell of chocolate chip cookies filled the room. "COOKIES" sarahs little sister ,Anna, yelled. She ran down stairs almost as fast as lightning in her pink princess dress with a tiara on her head. Sarah and I followed Anna to to the kitchen. On the kitchen table was a hot batch of chip cookies on the table.

Part 3
The next day, mom woke me up somewhere in the morning. I was pretty much rushed the whole morning. Mom was going to her job. She had to drop me of at the babysitter near her office. On the way i was looking out the window .Thinking of Anthony. Holding the "A" necklace. Few minutes later Mom turns on the radio. It was President Rosevelt. He said the most terrible news i've ever heard. it was............................
TO BE CONTINUED

what do u think will happen next 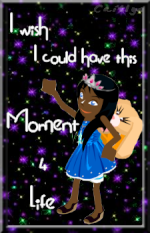 Nice story ^^
I hope Anthony's okay, with that Pearl Harbour thing and all that.

That's what I was thinking, Cheer.

Love the story,it's a nice story!

I can't wait to read more! It's good so far!

It is very good! 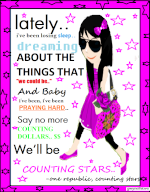 But I wondered if Anthony was gonna be ok..