7 things to do in order to get picked
1. Smile
2. Look cute
3. Look fluffy and scruffy
4. Puppy dog eyes
5. Sit up straight
6. Hold your chin high
7. Look perky
"Oh I hope today's the day!" says Brown Sugar Puppy in her high squeaky voice. Brown Sugar Puppy just couldn't wait till the day that she would be picked, dressed, purchased, and loved by a child. "I don't why, but I just have a feeling that I'm gonna meet my best friend fur life today" she told the Beary Merry Teddy.

What is this Role Play is about? You will take on the roll of a bear in the store at BABW. It can be any bear, old, new, and in fact it doesn't even have to be a bear, it could be a kitty, a puppy, a polar bear, whatever you want! It just has to be a real animal that really was sold by build a bear workshop. Need some ideas of animals you can pick? How about, Spring Time Fun Bunny, Orca, Nikki Bear, Champ Bear, Gingerbread Girl/ or Boy, Beary Merry Teddy, the new Bakeshop Bears and so much more! You are going do this role play through the perspective of that bear and it's normal life in the store until adoption day.

Anything else? Only one person per bear just so it doesn't get confusing. What I mean is that for example, we can't have 4 people wanting to be the Spring Time Fun Bunny because during the role play it could get a little confusing, so one person per bear. Whoever responds first saying that they're going to be that bear will get to be that bear. Sorry to everyone else but you're going to have to pick a different bear, but no worries there's tons of other great bears to pick from[:

Example of how to fill out Bear Character
Type of animal/bear: Brown Sugar Puppy (my bear character)
Name: Twinkles
Gender: Girl
Personality: Twinkles is very shy around new bears or people but after she gets to know them she'll blossom into a very sweet and talkative girl. She is so eager for a human to adopt her and is friends with everyone including the staff at BABW.
Anything else: She's always smiling and is hoping that her smile will catch the eye of a child.
Description of what bear looks like(*optional*): Dog, Brown.

Want to join the role play? Fill out the things below

Code:
Type of animal/bear:
Name:
Gender:
Personality:
Anything else:
Description of what bear looks like(*optional*):

I can't wait for you to join[: This role play is going to be super fun! 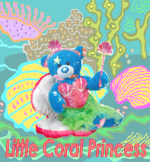 Type of animal/bear: WWF Wolf
Name: Artemis
Gender: Female
Personality: Not overly egar to be adopted; she knows that being chosen means she's with the person for good, no takebacks. So she wants to wait for someone she'd really like to be with. She knows that the wolves are mostly taken by the boys who visit Build-a-Bear, and wants a girl to pick her. When the boys reach her area of the display, she'll hide under the others in the bin.
Anything else: I'd go to more detail, but after over 10 RPs that are now dead in the water I figure I'll make it up as I go along.
Description of what bear looks like(*optional*): She differs from the standard design slightly -- there's a dark stripe down the middle of her nose.

Type of animal/bear: Grizzly Bear
Name: Ted
Gender: Male
Personality: A big guy who loves to cuddle. He's sweet and says and little, and is very loyal and loving. He's sensitive, but will fight for his friends.
Anything else: He wants to be adopted by a girl, due to their loving nature.
Description of what bear looks like(*optional*): Dark brown fur, usually scattered and out of place. He has small black eyes that are usually hidden behind his fur. Looks terrifying at first glance, but as you get to know him, you will know that he is very sweet and wouldn't hurt a fly.

Type of animal/bear: Red Panda
Name: Hobbes
Gender: Male
Personality: Fun, sweet, cute, bouncy, and very cuddly. Hobbes is always jumping around, but when he's fast asleep, he looks so adorable! But when he wakes up, you'll see that he's just not a panda bear!
Anything else: He's an orphan. Hobbes hopes to find a kind and nice family that will always love him and give him a home!
Description of what bear looks like(*optional*): He has a medium shade of maroon fur and a small furry tail. But here's the unusual part: Hobbes has a white belly, paws, thin stripes near his face and body, and some white fur inside his ears.

OOC: Are the bears already stuffed?

KristyLucky1: Thanks for joining Kristy! [:
AleciaAutumn10: Yeah they're already stuffed.