I've been collecting bears since 1988, and I currently have over 400 bears in the hug, including examples of Steiff, Gund, Russ, Robert Raikes/Applause and of course BABW. I also make bears from scratch from time to time. Naturally, finding names for them all hasn't always been easy. Sometimes I go with the name that the manufacturer has given the bear, or sometimes I name the bear after someone I admire.

I've always had an interest in cultures from other countries and sometimes from different periods in history, and some of the bears in my hug have names that reflect that. For example, I once made a bear that I named Ecglaf (roughly pronounced "edge-laugh"), an Old English name that literally means "sword survivor". He was on display at our downtown library as part of a bearmaking competition that took place around the time of the 1998 ice storm (I live in eastern Ontario, Canada), and I didn't get him back until after the storm had come and gone. So his name was appropriate, the "sword" in his case being a metaphor for the ice storm itself. Other examples of unusual names I've given my bears include Laȝamon (named for a 12th-century English poet), Duša (for the main character in the Slovenian film Beneath Her Window) and Æðelnoþ (another Old English name, literally meaning "noble boldness").

My concern is that my situation can sometimes make it a little harder to come up with names for bears that I get at BABW. Since I have so many bears, most of the "easy" names are pretty well all taken--I'm trying to avoid giving the same name to more than one bear. And considering BABW's primary demographic--kids aged thirty to forty years younger than I am--it's understandable that they'd program their computers to allow just "simple" names. But what if I pick up a bear at BABW and I have in mind for it a name of, say, Icelandic, Turkish or Slovenian origin that calls for special characters that even the Funhouse font that BABW uses doesn't have? Is there a way of getting around that from the standpoint of getting a birth certificate, registering the bear for Bearville and so on? I know I can sidestep the issue by using alternate spellings such as "Layamon", "Dusha" and "Ethelnoth", but somehow that would make it kinda less "official" and I'd like to try to avoid that if possible. It's not likely to happen to me often, and maybe this can't be done in the store, but I wonder if perhaps it might be doable through the BABW head office.

that brings up a good point. I think that there should be characters that are from those countries because as a society there are a lot of different cultures to be talked about and their names may have different characters 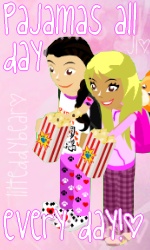 Ooh very interesting backstory! Yeah I agree because even spanish names which have accents like José or Luís are not gonna be accepted online...

Speaking strictly from a font standpoint, I don't see any technical reason why some special characters shouldn't be made available to those who know the Alt+NNNN keying sequence. As far as I can tell, aside from English support, the Funhouse font as a whole makes it possible to write in most, if not all, Romance languages; to a lesser extent at least some Germanic languages such as German, Dutch, Danish and Norwegian; and to an even lesser extent Turkish. Oddly enough, it provides less-than-full support for some of these languages--for example, for Turkish, it includes the lowercase dotless I but not the uppercase dotted I or the S with the cedilla.

I think it's merely a case of BABW having programmed their in-store computers with a subroutine that checks each keystroke to see whether it's within or outside the scope of the Modern English alphabet. It makes me curious as to how the in-store computers are programmed in this regard in Japan, Singapore, Thailand, the United Arab Emirates and Bahrain--there we're dealing with Japanese, Tamil, Thai and Arabic, and I have a feeling there isn't a Funhouse-equivalent font for those languages.