I was just wondering if anyone had heard of this before...
Animal Crossing is kinda like My Sims in a way,but not exactly alike. Its kinda hard explaining what the game is like... but its a fun game!

So far they have made 4 games in the series
Animal Crossing: First released on the game cube in 2001

There is also another game,called どうぶつの森,Dōbutsu no Mori (Animal Forrest) which was released in 2000 on N64,But it was only available in Japan. It is pretty much exactly like Animal Crossing on the Game Cube.

I have! I have the wild world one. Sadly, i lost it a few years ago

on Yay day you can compliment them by saying, "Your Ugly!" and they will say, "Ugly... hm, I never really though of it, but that's so nice! Every time i start feeling down, I'll remind myself that I'm ugly!

Wow!! I love Animal Crossing! I have wild world, I played every day lol

I also did the your ugly thing! I loved it

Is it like babv where you can talk to other players and play with them?

GagaFan wrote: Is it like babv where you can talk to other players and play with them?

In a way,I guess you could say that. On the Wild World and City Folk games you could invite friends over to your town and chat with them and do other stuff.

I use to have the one on the game cube, and I got City Folk on my Wii a while back. It was pretty fun, but I noticed that I'll start playing it a lot then stop for like a year or two lol. I love shaking money out of tree but I hate it when you get stung by the bee

Yes, i've heard of it. I have the first one but I don't play it anymore, since i mistakenly deleted it off my memory card. Plus, i don't feel like going through that long intro again. lol 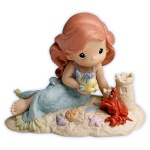 Yeah, I have it on the Nintendo DS! It's so much fun, but I didn't really get the point of it... All I did on it for my DS was run around and then collect stuff and sell, but I didn't know if it really had a goal to it... But I kinda quit playing it, well, I quit playing the DS pretty much. I didn't have that much fun with it, seeing there wasn't much of a goal. I had tons of clothes on Animal Crossing, though. It was fun... Good times.

I have animal crossing: 'wild world' and 'Lets go to the City' !!!
Its so funny

I have Animal Crossing for Wii. I haven't played it for a while but when I first got it, I was pretty much addicted for two months

I have Animal Crossing for GameCube, DS, and Wii. Actually, i recently got a lil addicted. :p I like it haha.
Yeah Ive heard of it. Maybe if I can go on my Wii and right down my Friend Code on City Folk I'll post it here. x) I bet I'll forget. :p
EDIT: OMG i didnt forget xD
My friend code:
4727-4638-5341
register me and let me register youuu(: 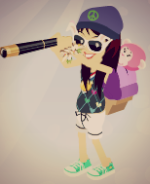 I have animal crossing. I don't know why, but I kind of stopped playing. I wish it was a ipod game.

City Folk is the bomb. I play it on Wii with WiiSpeak.

Yes i have it but stoped playing it

I got Animal Crossing for Wii

But,I lost interest in it