Do you all have any ides for the club? If so leave them here 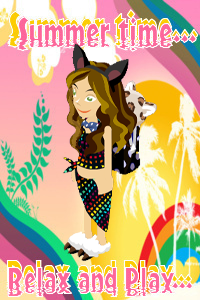 i think we should have a scavenger hunt, but not as a party, as a contest. like the leader would post a list of like 5 or some number of items that the members have to try to get a screenshot with in babv. the winners culd be whoever gets the pictures with the objects closest to the clues.
EX: 1. Something describing springtime in babv
they could have a screenshot with them standing next to flowers or something 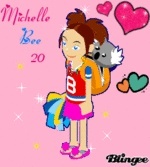 we need some games and fun activities, posted by you or jr. club leaders. but other than that, its a really pawsome club

Well, you could do a "Bee Helpful" contest.
Everyone has to make a slideshow of them in a bee outfit going around being helpful. They can make it so each picture is of them bee-ing helpful!

B.H.R.T2008 wrote:we could have a design a siggy for all the members of the hhb to have i have already made one look

I Was thinking of that to. If we have a topic each moth and then they post their siggys about it. Who ever has the best wins

My game called can see it?